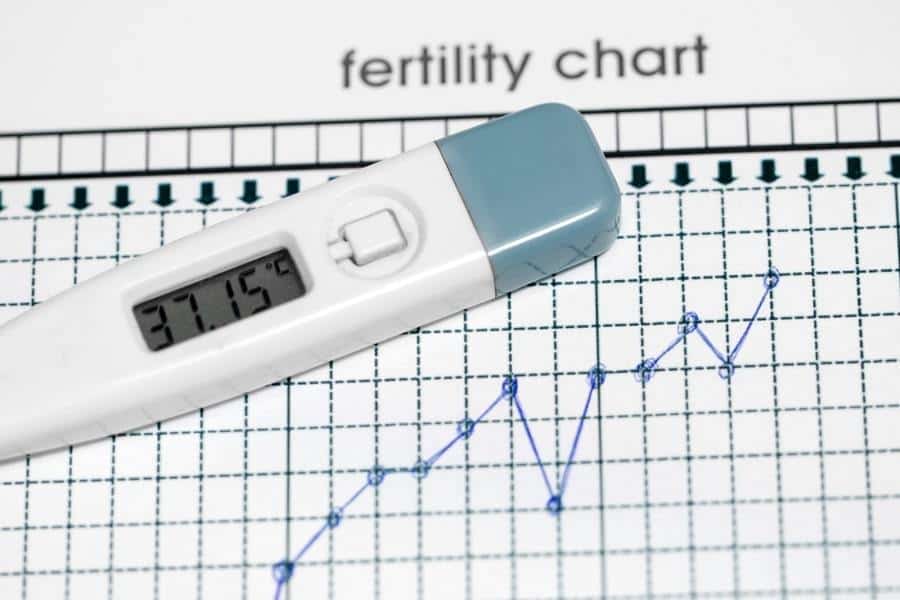 If you’re a light sleeper, there’re chances that the slightest noise awakens you at night: dog barking, spouse rolling over, or cars moving outside .

And if you’ve started temping, you might be wondering what you can do to avoid entering inaccurate data and ending up with a messed up basal body temperature (BBT) chart.

How Does Your Sleep Affect Your Basal Body Temperature?

Although researchers have not determined the appropriate time to measure BBT, most doctors recommend that you measure your BBT after at least four hours of sleep.

Unfortunately, it isn’t always possible to get quality sleep if you’re a light sleeper. Here are some healthy sleep habits that experts recommend.

1. Set a time to go to bed and make it a habit to avoid staying up late and sleeping in on non-work days and holidays.

2. Avoid drinking alcohol close to bedtime. Although alcohol can knock you out, it’s effect is short-lived. In fact, sleep experts report that alcohol interferes with deep sleep.

3. Develop the habit of switching off your mobile phone, tablet, laptop, or TV at least half an hour before bedtime. The light from the screens of these devices might prevent your body from producing melatonin, a hormone that regulates your sleep-wake cycle.

4. Avoid eating late. In fact, it’s best to have dinner at least four hours before bedtime. Avoid drinking coffee and consuming other foods rich in caffeine (such as chocolate) before going to bed.

If you have gastritis, it is recommended that you do not eat close to bedtime to avoid heartburn.

5. Make your room conducive for sleep . If possible, use darkening blinds and blackout shades . Sleeping in a comfortable ambient environment has also been reported to help some people sleep better.

Alternative Ways of Tracking Ovulation if You’re a Light Sleeper

Let’s admit it: it is hard to track BBT accurately because several factors can affect your body temperature.

Although BBT tracking has been around for as long as we can remember, it is not a reliable method of tracking ovulation.

In fact, by the time you see a shift in BBT, you would have already ovulated. A shift in BBT usually occurs about 24 to 48 hours after egg release. This means you’re no longer fertile, and it’s already too late for you to get pregnant during that cycle.

Temping can only help you estimate your fertile window during your next cycle if you have regular menstrual cycles. However, it may not help you to accurately predict when you ovulate, especially if you have irregular cycles.

You can take cues from your body by following the ovulation method. By observing the amount and quality of your cervical mucus, you can start to predict your most fertile days.

It takes a little practice to know when you’re fertile, highly fertile, not fertile, and least fertile by knowing how your cervical mucus looks like during your menstrual cycle.

2. Use an Ovulation Predictor Kit (OPK)

Many women like using OPKs to track ovulation. However, it can get pretty pricey in the long-run, as you have to buy test sticks when they run out.

Additionally, tools that detect the amount of estrogen and/or luteinizing hormone are not the best choice in women with polycystic ovarian syndrome (PCOS), who usually experience hormonal imbalance.

Therefore, women with PCOS might benefit from using tools such as OvaCue to track fertility.

3. Use a Fertility Tracking Device

Thanks to technology, there are tools that can help measure the core/BBT and detect minute physiological alterations associated with changing hormone levels during your cycle.

Devices like the Ava bracelet collect your information and sync it via Bluetooth to your connected smartphone and tablet. The app analyzes your data and gives you pieces of advice to help you track ovulation.

One of the benefits of using Ava is that it collects your data and sends it to your mobile device while you’re asleep. It also provides information on your sleep quality so you can act proactively.

Some services and integrated fertility programs such as Conceivable and Glow can help you track fertility.

The Conceivable fertility program was designed to help women who have been unsuccessful at getting and staying pregnant. It uses a virtual health advisor and mobile application and provides information to help you understand your fertility.

The creators of Conceivable promise that the program can improve a woman’s ability to get pregnant naturally. The service evaluates your current fertility and menstrual to develop a personalized plan to maximize your chances of getting pregnant naturally.

Glow is another promising service that is worth trying. It is a very popular health app among women. In addition to helping you conceive, Glow can help you better track your health and understand your body.

It is very easy to use and requires that you log your daily activities and lifestyle information. The app analyzes the data to give you personalized, evidence-based information to help you make informed decisions.

There are several benefits to measuring your BBT accurately. First, it can help you know whether you’re ovulating.

Second, you can know when you ovulate during your cycle.

Third, once you have confirmed that you ovulated, you can determine when to expect your period.

Finally, your BBT chart can help your doctor determine whether you have problems with your luteal phase that could make it difficult for you to stay pregnant.

If you can’t get a good night’s sleep after trying to follow healthy sleep habits, you should consider getting a sleep test from a doctor.

The doctor might require that you spend a night under observation to determine whether an underlying condition may be causing your light sleep.