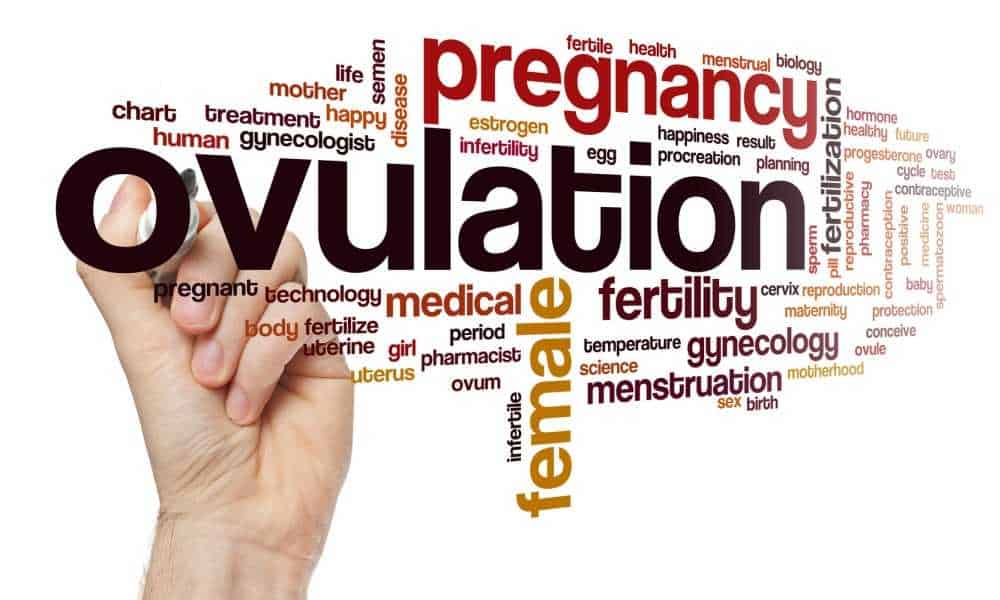 The desire to conceive can be very exciting and daunting at the same time, both for you and your partner. Exciting because a special human will be coming out from your womb and daunting because you are not sure when it will happen.

You can greatly improve your chances of getting pregnant by targeting your most fertile moment, which is during the ovulation period. In order to do this, you should have a proper understanding of how your body functions.

Ovulation normally starts approximately two weeks before the next menstruation. Normally, only one egg will be released during the ovulation period; however, there is also a chance of two or more eggs being released, which can increase the chance of conceiving more than one child.

Women are most fertile during ovulation and the five days preceding ovulation, when their chances of getting pregnant are highest. Studies have shown that the rate of success in conceiving is much higher if couples engage in sexual intercourse three days before and during ovulation.

First, let us understand how ovulation happens and what hormones are involved in the process. Ovulation begins with the secretion of follicle-stimulating hormone (FSH) from your pituitary gland. FSH sends a signal to your ovaries to cause the maturation of eggs, which then stimulate the production of the hormone estrogen.

As the follicles grow in number, they release more estrogen, which stimulates the uterine lining to thicken (in preparation for the implantation of the fertilized egg). At a certain point, only one dominant follicle will continue to grow and mature, while the rest will die off.

An increase in the levels of estrogen also causes the secretion of luteinizing hormone (LH), which causes the mature follicle to rupture and release the egg in a process known as ovulation.

Once the egg is in a woman’s fallopian tube, it can survive for 24 hours while waiting to be fertilized. If she has intercourse during this time and a spermatozoid swims up to the egg, her odds of getting pregnant are increased.

Sperm cells typically can survive inside a woman’s body for three to five days. So when you have intercourse at least three days before ovulation, this can also increase your chance of getting pregnant because sperm cells will continue to make their way to the egg even three days after you baby dance.

When fertilization is successful, the hormone progesterone is released, which further stimulates the growth of the uterine lining to prepare it for the fertilized egg.

Another hormone known as human chorionic gonadotropin (hCG) is released during pregnancy to sustain the follicle and prevent it from degrading so that it can continue to produce estrogen and progesterone to maintain the uterus. Most pregnancy test kits detect the presence of hCG in urine to tell you whether you’re pregnant or not.

On the other hand, if fertilization does not occur, the levels of the hormones estrogen and progesterone will decrease considerably and the uterine lining will break down and be expelled through the vagina during menstruation. After menstruation, the body goes through the ovulation cycle again.

You may not notice when exactly ovulation happens, but there are plenty of signs that can at least give you a clear indication of when ovulation will happen.

For more accurate data, make sure you take your temperature first thing in the morning and do it religiously at a specific time. If you are unable to measure your basal temperature religiously very morning, you can use a wearable fertility tracker like Ava.

The next sign you will notice is slippery mucus discharge from your vagina. When you are ovulating, your vaginal discharge is noticeable and looks and feels like egg white.

The final sign that you will notice is a higher sex drive or libido. You will become more attracted to the opposite sex and release pheromones. This is the time when you should get active with your partner.

Although couples are sometimes advised to have intercourse more frequently during their fertile period, some fertility consultants discourage this practice, as this might lead to a decreased sperm count in the male partner.

Therefore, if you’ve unsuccessfully tried to get pregnant for at least 12 months, you should visit your gynecologist so that they can perform investigations to determine whether an underlying medical condition is affecting your fertility. If you’re older than 35 years, you should seeing your doctor earlier, say after six months of trying.

Do not get discouraged, continue to improve your health and track your ovulation cycles to understand your body better.

By doing this, you are sure to increase your chances of successfully getting pregnant if don’t you have any underlying pathological condition that affects your sexual health.